sea.citi is how tech and the community collaborate for results. We connect the tech industry with nonprofits and local governments to build a thriving and inclusive community.

We will not endorse candidates, or even suggest how you should vote on candidates or issues but will help explain key aspects of your ballot so you can use your time making your decisions instead of deciphering your ballot.

Make sure your voter registration is up to date and return your ballot by November 2nd.

The Future of Work

Mayor Durkan announced in February that she would not run for a second term. With no incumbent, 15 candidates piled into the primary. The top two vote-getters from the primary, Bruce Harrell and M. Lorena Gonzalez both tout their long histories on the City Council as to why they are ready for the city’s top job.

What does the Mayor do? The Mayor of Seattle is the executive of the City of Seattle. The Mayor manages over 15 city departments and sets the tone and direction of the City’s budget and policy priorities. The City employs 11,000 people and a $6.64 billion annual operating budget and a $1.1 billion budget for infrastructure improvements. Most of the City’s budget is for ‘rate payer’ services like garbage, water, sewer, and electricity (which is one of the ‘greenest’ in the US). The Mayor is responsible for managing police, fire, emergency management, parks, libraries, transportation, and so much more. 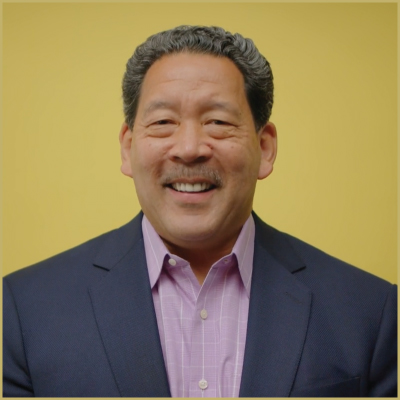 Bruce Harrell grew up in the Central District, attended Garfield High School, and was a star football player at UW. Harrell is an attorney who served on the Seattle City Council from 2007 to 2019.

Critics say Harrell would be a status quo caretaker and despite 12 years on the City Council, he doesn’t have a very deep legislative record. 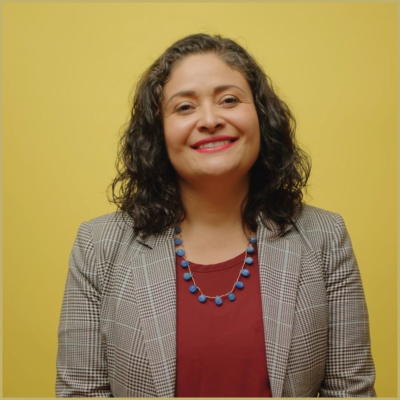 Lorena González grew up in a migrant farmworker family in Central Washington, attended community college and WSU. González is a civil rights attorney and was elected to the Seattle City Council in 2015.

Critics say González is further left than Harrell and would alienate business-centric policies.

12 years ago, City Attorney Pete Holmes defeated the sitting City Attorney incumbent on a platform opposing the war on drugs and “against law-and-order rhetoric common at the time.” (Crosscut). Times sure have changed. In the race for his 4th term, Holmes was defeated in the August primary by two opponents and will not be on the ballot in November. The candidates on your ballot couldn’t be more different. It’s a matchup between Ann Davison who ran last year for Lt. Governor as a Republican and Nicole Thomas-Kennedy, a public defender who is a prison abolitionist.

What does the City Attorney do? The City Attorney leads the city’s Law Department (with 100+ attorneys and legal staff) and supervises all city-involved litigation as legal advisor, litigator, and municipal prosecutor on nearly 12,000 civil and criminal litigation matters every year. The City Attorney’s office handles civil litigation (non-criminal issues like environmental protection, land use, employment, regulatory enforcement, property damage, etc). The office only handles misdemeanors in criminal cases (DUIs, domestic violence, shoplifting, etc.) and not felonies like major crimes. The King County Prosecutor, a separately elected non-partisan office, prosecutes all of the cities felonies: the most serious crimes like murder, rape, burglary, kidnapping, arson, etc. 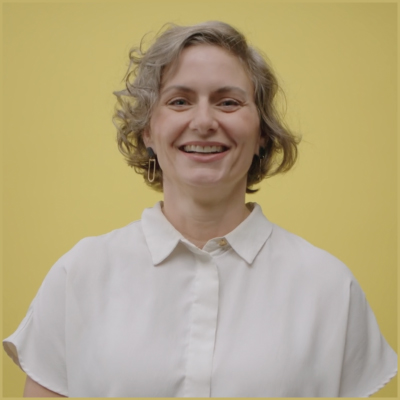 Nicole Thomas-Kennedy moved to Seattle at 22 where she completed her GED and attended Seattle Central Community College. Thomas-Kennedy attended law school with an infant and is a public defender where she worked on over 600 civil and criminal cases.

Thomas-Kennedy’s commitment to end misdemeanor prosecutions “would make the people of Seattle less safe and put our neighborhoods more at risk.”

Ann Davison moved to Seattle in 1996 and worked for the Sonics in basketball operations. Davison has practiced law in Seattle since 2006 focusing on sports, business, employment, and other civil areas. Davison previously ran for Seattle City Council in 2019 and as the Republican candidate for Lieutenant Governor in 2020.

Critics say that Davison is a more conservative candidate that is running on fear, doesn’t have any criminal law experience, and is inaccurately describing the duties of the job.

The Seattle City Council has a huge role in our day to day lives from how we get around to how we care for the most vulnerable people in our community. This year we are voting on 2 city-wide positions (the other 7 seats are district-based and will be on your ballot in 2 years).

Position 8 incumbent Teresa Mosqueda was first elected to this at-large position in 2017. Mosqueda won the primary election with nearly 60% of the vote. Her closest opponent to make it through the primary is Kenneth Wilson who received 16% of the vote. 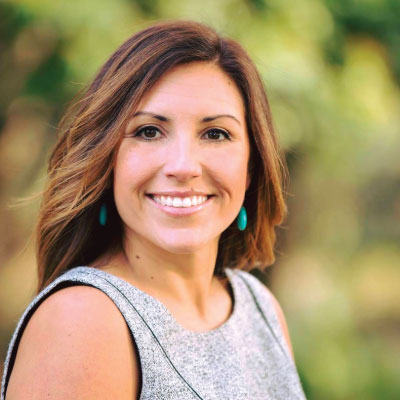 Mosqueda grew up in the Pacific Northwest and is a third-generation Mexican-American. Prior to her election to the City Council in 2017, she worked at the Children’s Alliance and the Washington State Labor Council, AFL-CIO. 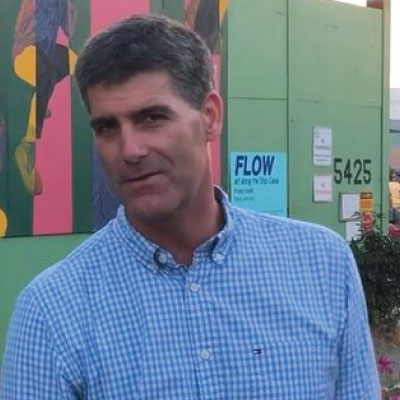 Wilson is a structural engineer who was involved in the new Northgate pedestrian bridge engineering.

The Seattle City Council has a huge role in our day-to-day lives from how we get around to how we care for the most vulnerable people in our community. This year we are voting on 2 city-wide positions (the other 7 seats are district-based and will be on your ballot in 2 years). 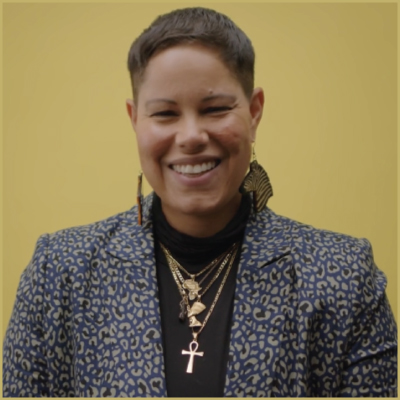 Oliver (they/them) moved to Seattle in 2004 and is a community organizer, attorney, and currently serves as the Executive Director of Creative Justice. Oliver ran for Mayor in 2017.

Critics say that Oliver’s plans to cut police funding won’t improve public safety and proposed investment would cost too much.

Nelson moved to Seattle to attend graduate school in anthropology at UW. Nelson later served as a legislative aid to former City Councilmember Richard Conlin and with her husband owns Fremont Brewing. Nelson ran for Council position 8 in 2017.

Critics say that Nelson represents the status quo and will too strongly consider business interests in decision-making.

What does the King County Executive do? King County has a nearly $12 billion biennium budget that runs our Metro Buses, our jails and criminal justice system, administers many of our direct services to our homeless neighbors, our public health programs (COVID response), and our wastewater treatment plants. King County is home to over 2 million people and is the largest metropolitan county in Washington by population, number of cities, and employment. It is the 12th most populous County in the US.

Constantine had a strong showing in the primary election and is generally perceived as a strong and effective executive. Constantine has been nationally recognized for his strong leadership through the COVID-19 pandemic.

Critics say that Constantine has been Executive for 12 years and it’s time for new leadership that is bolder and more aggressive on our region’s biggest challenges.

Nguyen grew up in White Center and is the son of Vietnamese refugees and cites a lived experience that is deeply rooted in the community that prepares him for this position. Nguyen attended Seattle University and is a program manager at Microsoft. Nguyen was elected to the State Senate for the 34th District in 2018.

Nguyen has made waves as the “AOC” of Washington and touts his progressive policies in the legislature. This is a fun race to watch – a talented upstart challenging a long-serving well-regarded and effective executive.

Critics say that Nguyen is an effective state Senator but hasn’t made a strong case for why he’s prepared to lead the county better than the incumbent.

Be sure your voter registration is up to date! www.vote.wa.gov

Your ballot should arrive around October 13th be sure to return your ballots by November 2nd! No postage is necessary, or take your ballot to a ballot dropbox near you.

What is your vision for the future of working in Seattle?

sea.citi promotes civic engagement in the local tech sector by building relationships between community, government, and innovation workers. Earlier this year, we conducted a survey of Puget Sound Tech workers to ensure we are building stronger collaboration between tech and community.

Our survey showed that 8 in 10 tech workers anticipate working from home at least 2 days a week in the future. We asked all the candidates what this shift means for Downtown and across the region. Here’s what they said:

Thank you Madrona Bureau for your most excellent video production skills.