The Washington State Legislature plays a vital role in shaping our communities. From education to affordable housing to taxes, the policies they craft and approve impacts daily life across the state. Representatives and Senators convene annually for anywhere from 60 days to six months to establish policy, develop the bi-annual budget, and debate Washington’s most pressing topics.

Senator Carlyle kicked things off with a handy explainer of some of the inner workings of the legislative process. The Washington Democratic Party meets quarterly and hosts a biennial convention to conduct party business, ensuring that proposed bills are consistent with the party’s platform and aligned between chambers.The Senator also shared that he would reintroduce The Washington Privacy Act, his bill aimed at strengthening consumer access and control over personal data. Last year, the Senate passed the bill but the House failed to bring it to a vote. 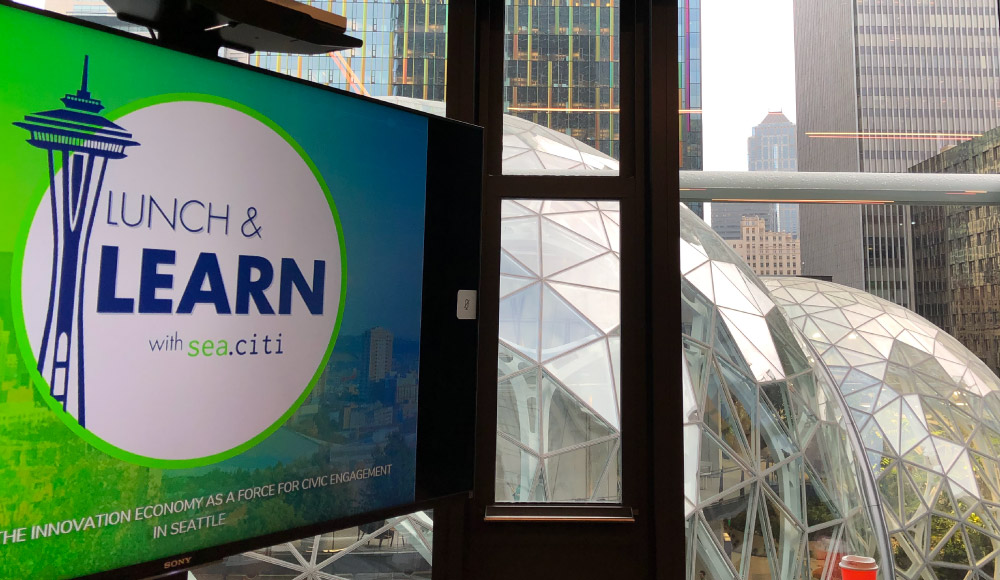 Representative Tarleton was enthusiastic about the change in leadership in the House after 20 years with incoming Speaker Laurie Jinkins (D – Tacoma) — the first woman and out lesbian House Speaker in Washington’s history. Tarleton also shared that 2020 would be her last legislative session as a representative of the 36th district since she is running for Secretary of State. The Representative will use her last session to champion census participation and election security.

One thing was clear: the audience wanted to understand how policymakers thought about the intersection of tech and community. They wanted to know if the Legislature can proactively provide a framework for the products they’re building and the role they and their employers can take in civic processes. In the case of political contributions, Rep. Tarleton referenced existing laws, like the DISCLOSE Act that ensures election transparency. Sen. Carlyle suggested a focused advocacy approach, limited to a few issues, can make the most impact.

Interacting with tech workers has long been elusive for many policymakers. Senator Carlyle  noted his gratitude to sea.citi and Amazon for hosting the conversation and the attendees for taking a real interest in local civic issues.